I came to a fork in the road and knew not which way to go... 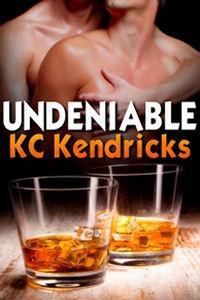 The premise 2 lovers separated due to unknown circumstances...well unknown by one of them, find themselves reunited by accident...no literally they were brought back together by an accident and for all intensive purposes they once again walk away from each other after having made no attempt to sort out the past. But as fate would have it Ford (our MC who did the actual walking away the first time decides he wants to at least set the mistakes of the past to rights) and when opportunity provides the chance to maybe do so, he takes it.

So far I'm on board with this. There's potential here for a  sweet little romance, ill fated lovers reunited and all that. Low angst, high lust. How can this go wrong? Well trust me when I say 'the best laid plans of mice and men...'. Our other MC, Asa the abandoned, was to say the least all over the board, he wanted answers, he wasn't going to trust Ford again, yadda, yadda, yadda. Folks the road to hell is paved with them and Asa's good intentions went down without a struggle much less a fight before the gorgeous and yes, well endowed Ford. Apparently he's got a big one too. Mind you, I didn't get the exact size this time...I wonder if he's related to Boone?

You see this where the story lost me. I know this is fiction and even in real life no two people will necessarily react the same to any given set of circumstances. That's just the way it is, but sweet baby Jesus! Asa can we hang on to the fact this guy walked out of your life without so as a second glance for all you know and you aren't even going to make him cough up an explanation, as feeble as it was. Have a little self respect man? He owes you that much at the least before you go dropping trou for him...I'm just putting that out there for the universe.

Ok so I need to wrap this up now otherwise I could end up with a review that's longer than the story and that would just be sad. My other issue again was the ending it was pretty much a wham, bam thank you ma'am and we're out of here.  Sad to say I think that this author and I have gone in different directions since I started reading her books and maybe I'll check again one day to see if either of us have changed our direction but I think for now I'll just go back in the direction from wench I came and put an end to this little reading detour.