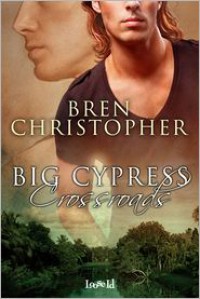 Apparently this girl needed a bit more to take this from ok to really freakin' good.

Noah Taylor is a tour guide in the Everglades and when he's not guiding tours he's off camping alone and finding dead bodies. Hey, everyone needs a hobby, right?  Scott Chandler is a Miami-Dade Police Detective and along with his partner he's tracking some series bad guys who lead them straight to Noah because conveniently, or not if you're the bad guys, Noah finds some of them dead out in the Everglades.

For me this was shaping up to be a seriously good mystery/thriller with a strong romance between our two MCs. So what went wrong...first it was the insta-love between Noah and Scott. I tried, I really tried but I just wasn't feeling the love especially when it seemed like every other page Scott was finding out something that Noah was keeping from him.

I was to say the least amused by the conversation that presumably justified the whole insta-love issue...

"That's how it works. You meet someone. You fall in love. Then you get to know them."

"It has to be that way, " Noah explained earnestly.

"Nobody's perfect. If falling in love didn't come first, no one would ever get together. The love is what gives you the patience to overlook each other's flaws."

"Is that right? I don't think I've heard it described quite that way before." Scott sounded like he was trying not to laugh. Noah didn't care. Love worked the way it worked, and it didn't matter what Scott thought of Mama's theories.

I have to admit that while this is in some ways pretty flawed logic at the heart of it there is a sentiment that even I can't argue with and that's the fact that 'love works how it works'.

The relationship between these two men seemed to me to be more a case of instant attraction. Definitely a very strong attraction and one that quickly evolved into something stronger as events tested both of these men and what they believed they felt for each other. Most of all the ending really saved this for me because it didn't turn into an 'all is forgive magic moment'.  I liked the process that Scott went through in order to decide what it was he really wanted and what he was willing to do to get it. It worked for me and left me feeling like there really as potential for a true relationship between these two men, once that would be based on more than just good sex.

Overall 'Big Cypress Crossroads' was a good read, not great but definitely good with some entertaining moments and I'm not in the least sorry or disappointed for having read it.