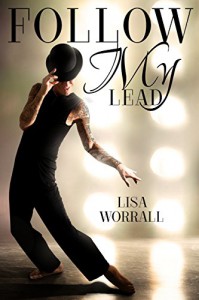 Follow my lead was a short, cute story about finding love when you least expect it and figuring out what you really want from life.

CJ is a comedian whose career has ended before it's expiry date thanks to a vindictive ex. His manager convinces him that performing on the show 'Dancing with Christmas Stars In Our Eyes' (could there be a worse name for this show, possibly but let's not ponder this too closely, ok?) anyways, CJ's manager convinces him that this is a chance to put some life back into his failed career. Lucky for CJ because this turns out to be not only a chance for his career but a chance for his love life when he gets paired with Lucien as his dance partner. But CJ's got his work cut out for him because Lucien is determined not to give him a chance.

'Follow My Lead' was low on angst and for the most part the sex was off page. Overall I enjoyed this story it was cute. I would have liked a little more steam between the MC's the potential was there and definitely would have given us a stronger sense of the relationship building between CJ and Lucien especially when played out against the reluctance and resistance each of these men initially tried to put forth as they realized that their feelings were far more than professional for each other.

'Follow My Lead' may not have been a 5 star read but it was a very enjoyable one and ironically this Christmas story was the first read of my summer vacation.