Second verse...not as good as the first... 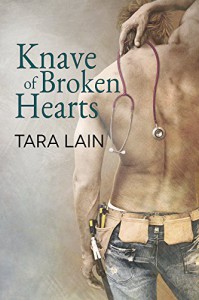 'Knave of Broken Hearts' is the second book in Tara Lain's 'Love in Laguana' series and sadly it came up as second rate when all was said and done. There were issues many, many issues and if you want a full accounting of them I suggest you follow this link https://www.goodreads.com/book/show/25422386-knave-of-broken-hearts because I'm going to address the issue that while in some ways not as relevant as others but still struck a cord with me and that issue is the parents in this book. All told we encountered 3 different sets of parents first we have Ken's parents...traditional Asian, controlling every aspect of their son's life, especially his mother (Dear Mama-chan there are actual laws against arranged or forced marriages). No reservations here folks I want to shake this woman because if it hadn't been for her and Ken's misguided sense of duty to his parents especially his mother he never would have dated what's-his-face thus avoiding the roofie experience and further dates. He didn't like what's-his-face from the get go.

Then we have Jim. His father was simply 'a bag of dicks' end of subject. Finally we have Constance, who seemed to me to be a pretty amazing woman in spite of her father and his misguided meddling because in the end she gave so much better than she got from any of the men she was involved with no wonder she wants to stay single.

Three adults from 3 different families and yet none of them had a truly loving and supportive family. I have to admit I was left wondering why it seems so hard to create a story where the characters or at least some of them have this. But mostly at the end of it for me the moral of this story was 'You can't please everyone. So you might as well please yourself.' Seriously consider it..if Ken had done as he wanted and pursued a relationship with Jim a lot of his issues wouldn't have happened, if Jim had returned Ken's interest like he truly wanted to and told his dad to jump off a cliff how much of what happened to him wouldn't have happened? And how soon would our MC's have been that much happier?

As Catherine stated in her review "There is so much dafuqery in this book." I believe that sums it up quite nicely.