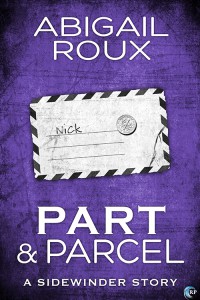 See that word up there the second one the 4 letter one that starts with 'b'. Let's just talk about it for a moment here because I'm pretty sure it is now on my list of 'endearments that drive me batshit crazy'. It never use to bother me...truly it didn't but thanks to this book I think I might possibly hate it.

During the reading of this book I encountered this word 48 times (I counted twice just to be sure) of which 45 were between Nick and Kelly. Thankfully because to me that's a word that is reserved for someone you really care for your partner, a lover or at least someone you're being intimate with as was the case of one of the 3 times this was not used between Nick and Kelly. Then we have the word 'baby' which was used a total of 8 times. Of those 8 times, four were not as terms of endearment once was in reference to a baby as in small new human being definitely an acceptable usage and the other was 'baby steps' in reference to progress being made in a relationship again acceptable and the remaining two were used by Digger when talking with Nick on the phone and he called Nick 'baby'. Giving us 54 times that the word 'baby or babe' was used as an endearment after a while for me it just became irritating. And thus ends my rant about a word being over used. This is actually the first time that I remember being so incredibly irritated with how much one word was used in a book.

As for the rest of the story, I loved it. There was a road trip!!! which is pretty much a guaranteed win for me but this one...this was the road trip to end all road trips. Ty, Zane, Nick, Kelly, Owen, Digger and let's not forget Jiminy and Cricket... add to this a packet of letters from Eli and you have the makings of an awesome road trip that was only missing one thing...ME!!! I so wanted to be there.

I loved watching as this group of men found their balance again by trusting in each other as their missing member Eli reaches out to them through a packet of letters entrusted to Nick and does them one last favor and takes them on a road trip that ultimately helps them find their way back to each other.

While this was definitely not your typical 'Cut & Run' or 'Sidewinder' story it really felt right at this point in time for this to happen and while I have to admit that this would work as a solid ending for both of these series in my heart I still want more.