Do you like bad boys? Well, have I got an author for you... 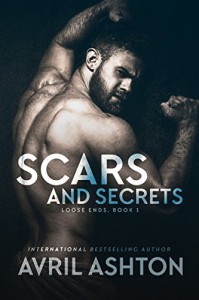 First and most importantly, my thanks to the lovely Jewel, happily was able to join me in pursuit of these bad boys.

Now as for the rest of you. You need to pull up a chair and sit down so we can talk about bad boys. I mean seriously messed up, walking a fine line between good and bad, right and wrong, between sanity and insanity and sometimes even between life and death. You name it these men can claim it.

Pardon me while I digress a bit you see first there was the men of 'Brooklyn Sinners' and from there we were led down the road to 'Run This Town' and now it's time to tie up the 'Loose Ends'. A lot of these books say they can be read as stand-alones and maybe they can but I have to be honest for me personally I don't see it. These books and these characters are all so very interconnected and there's so much background that you miss out on by not having started at the beginning. For example if you haven't read the Brooklyn Sinners than how are you going to know that Syren Rua who appears at some point in all 3 series and is a major player in the background of pretty much everybody's lives and that at first glance while he may only appear to be a beautiful, androgynous man.

Is also one of the most lethal men in this collection, he is hopelessly in love with his husband and would kill in a heartbeat to protect what is his and has a collection of manties that is most assuredly to die for.

Now if you read that spoiler and not the previous books than all I can say is..."See...see what you've missed."

'Scars and Secrets' for the most part is a story that belongs to Donovan and Levi. They were both either mentioned or appeared in the 'Run This Town' series these men have a history together. (No spoiler here it's in the blurb) Years ago they met, fell in love and got married. Things ended suddenly and badly. Levi ran and Donovan sank into his work using everything he could to bury the pain that it caused him. But now that's all about to change because someone has made a list. A list that puts the lives of these men and others at risk and brings Donavan back into Levi's life making him determined to keep Levi safe and get his husband back.

I loved the premise of this story. I'm a total sucker for second chance stories. The heartache of these two men who were forced apart by the actions of others, by circumstances beyond their control felt real. Watching them go back and forth emotionally was at times heartbreaking and gut wrenching until it wasn't until it just felt like too much and I wanted to shake them both and tell them to grow up work it out and get on with things, luckily that was right about the time they did and boy did they. It was hot, sexy and raunchy and more than once these two had me fanning myself.

While I was in many ways happy with the ending, I was also disappointed with how swiftly it happened. I really would have liked it to have had a bit more substance. 'Scars and Secrets' probably didn't work quite as well for me as the previous story or hopefully as much as future stories simply because I didn't feel as invested in this couple as I have other pairings, it's not that I didn't find them believable because I did, I just didn't feel that emotional investment that I have with other couples in this series, such as Sullivan and Carter from All These Hidden Scars.

Overall I liked this story and it probably would have been a 4 star read for me but there were a few moments of disconnect where I got pulled out of the story because of the need for better editing or my need for more detail which is definitely on me because this was very much a me thing and someone else may be totally fine with things as they were.

What I do know for sure is that I am definitely looking forward to the next book in this series and once again will be enjoying the journey with my awesome buddy read partners Jewel and Ele.