A trip to the world of Steampunk... 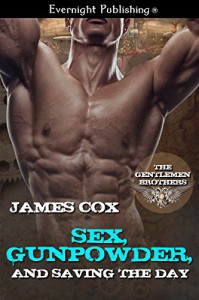 I'll be the first to admit that I am by no means an expert on Steampunk, but I am an expert on what I like and this I like a lot!

Joshua was separated from his brothers during an attack on the dirigible that they and their father lived on and he's never forgotten his father's words to  look after his brothers. Falling over the side of the dirigible during that struggle not only separated him from his brothers, it also turned out to be what saved his life instead of ending it. Rescued by Lord Peasley, a wealthy landowner, who nursed him back to health and ultimately gives him a home and the chance to have a life that otherwise would probably have been denied him.

Lord Peasley and his son Valance have embraced Joshua as part of their family. Caring for him and enabling him to gain entry into law enforcement so he can pursue his dream of helping others while also continuing his search for his missing brothers.

Years later when Lord Peasley is murdered Joshua is summoned to investigate, bringing him back to the place that had become his home and the man who had been his best mate until their unexpected attraction to each other and Joshua's departure to join the law left an awkward rift that neither of them knew how to navigate.

I loved the mystery and adventure that dominates this story a world that is so unlike the one I live in, the steampunk slang which I found carried a very strong British influence giving it a slightly different flavor but not creating something so challenging that it took away from my enjoyment of the story, the relationships between Joshua and his partner Filch, Joshua's personal relationship with Valance and all the other little surprises that unfolded as I got to find out more about these men and yes, there were some absolutely delicious sexy times as well.

'Sex, Gunpowder and Saving the Day' is only my third or fourth venture into the world of Steampunk and I'm beginning to think that this is a genre I need to visit more often. I found myself engaged with this story from the very first sentence. Visually this world came to life for me and the story that has begun within the pages of this book had me wanting more long before I was done reading it. This is the first book of a series that I look forward to following and while I wouldn't call the ending of this book a cliff hanger, it's definitely a 'keep reading because we're not done here yet'.

A copy of this book was graciously provided by the author in exchange for an honest review.