This ones not about the author, it's about the cause... 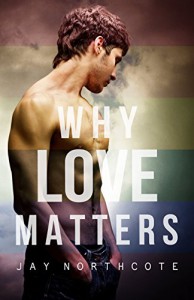 All royalties from sales of this story will be split equally between two LGBT charities: The Human Rights Campaign in the USA and Stonewall in the UK.

Alastair needs help overcoming issues with touch and physical intimacy in order to clinch a business deal with some demonstrative Italians who prefer hugging to handshakes.

Martin, his assistant, has the perfect solution. His mother runs cuddle workshops, which could help Alastair overcome his fears--if he's brave enough to try. Alastair is nervous not only about the workshop, but also because he will be sharing a room with Martin, who's starred in his fantasies more often than an assistant should.

Alastair reluctantly decides to give it a try, so they head to a commune in Wales where Martin grew up. The weekend at the commune with Martin proves to be transformative in more ways than one.

Hey everyone, check this one out. Proceeds from this book are going to support 2 very, very worthwhile causes. I live in Canada and I've already got my copy because it's time...I take that back it's not time it's past time for the violence, the hatred, the inequality of rights, for all these things to stop and it's only by each of us doing every thing we can no matter how small or insignificant it may seem that this will one day happen. We need to believe and to never give up. If this book isn't your thing than gift it to a friend who might enjoy it or just make a donation to a worthwhile cause one of the ones listed above or something of equal importance in the country where you live.

For the people who died in the Orlando shooting and the loved ones left behind it's up to the rest of us who belong to and/or support the LGBTQ community to stand beside them and say 'No more.'