Let's get this party started... 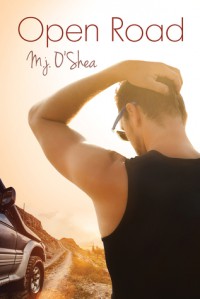 Ok, everyone grab a bottle and join the party and don't worry this is all in the blurb so we don't need to worry about spoiler tags here at Angus's birthday/pity party. And yes both parties are for Angus because seriously if anyone ever deserved to have a double and yes I mean party right now, we'll get to the drinks later.

You see, poor Angus has been living and loving the same guy for 10 years...seriously 10 years and do you know what said guy got him for his birthday? A truckload of grief that's right this guy showed up late for Angus's birthday party...no, not the pity party, he was the kick-off point for that because his birthday present for Angus was to dump him...right there during the party in front of all the guest he kicked Angus's butt to the proverbial curb and then he left because he needed to go change his Facebook status to engaged and you guessed it...it's not to Angus. Nope he's engaged to a 22 year old Angus wanna-be. He's one special dude and in case you haven't figured this out because when you ponder this for a moment you'll realize he was obviously cheating on Angus...yep, he's a jerk of the highest order.

And thus begins Angus's pity party. It's gonna last a while folks, so you might as well make yourselves comfy because this is going to last long enough to cost Angus his job and his apartment. Thankfully Angus still has best friend, Reece because it's around this time that Reece finally realizes that Angus isn't the ok guy he's claiming to be. So Reece steps in basically taking control of things because Angus is in no shape to be left in charge of doing the dishes much less getting his life back under control.

Being the good friend he is Reece does the one thing that any good friend would do. He makes Angus pack a bag and takes him on a road trip. Does this make sense to their families...no but it does to Reece the man who's spent the past ten years missing his friend because of course jerkface didn't like him.

Unfortunately Reece quickly begins to wonder if he's doing the right thing because Angus...well, he's just not the Angus that Reece knows and desperately wants back. It's sheer determination to get his friend back that keeps Reece moving.

As the days pass and they put miles and time between them and the mess that is Angus's life Reece begins to see little glimmers of hope that maybe his friend Angus is beginning to find himself again.

I loved this road trip. So many of the places that Reece and Angus went are places that I would love to visit and for a little bit of time I was right there with them riding along as they started out from their home in Portland, Oregon travelling down the coast and then heading inland to Las Vegas and across the southern states to make their way north again with a journey that ended in Portland, Maine. I actually sat down and googled a map of the United States and followed them on their journey.

The further Reece and Angus journeyed away from the place they called home the closer they got to each other again. Each of them discovering the truth in their hearts of who and what home really was for them.

Reece was finally able to admit how he felt and Angus was able to see what was in front of his eyes the whole time...Reece, the person who was always there for him and loved him no matter what. The fact that there was no big explosive over the top drama as their feeling came to light and they each admitted how they felt to each other, was for me perfect, these men have known each other most of their lives, they were best friends. It worked and they fit, I didn't need angst and drama to make this part good what I needed was what I got just a sweet romance with an epic ending...because Karma, she is a biotch. Yeah, you'll need to read the book to find out more about that because I'm not telling.

I love stories involving a road trip and this was just another example of one of my favorite quotes in action...

Reading gives us someplace to go,

when we have to stay where we are.

So I took a road trip with a couple of hot guys this weekend, what did you all do?

A copy of 'Open Roads' was graciously provided by the publisher in exchange for an honest review.