Apparently LIFO was my accounting method of choice this time... 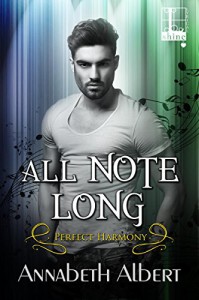 If you know anything about accounting than you'll understand the LIFO reference if you not you'll just think I'm a little cray, cray. Seriously it's the acronym for an accounting term and  stands for Last-In, First-Out because this is book #3 and it's ended up being my first read for this series.

I was a little pressed for time and there was a deadline on this one for me so I took a page from my friend Dani's review because she said it could be read as a stand alone and I trust Dani so that's what I did and no surprise here she was right. I had no problem following this story and while I definitely intend to go back and read the first 2 books in the series I read this one without feeling lost or like something was missing.

Lucky and Michelin for me were an interesting pairing. There were so many differences between these two that more than once I found myself thinking 'yep, opposites attract'. At the same time there were some fundamental similarities that really sold me on them as a couple. The fact that music plays a very important role in both their lives, for Michelin as a C&W performing artist and for Lucky as a dancer. Neither of these men were interested in hook ups but for different reasons they weren't really looking for ongoing relationships either. For Lucky it was largely because he was very career focused and for Michelin it was due to being demisexual and a C&W performer. Family was also very important to both of them.

Lucky and Michelin meet at The Broom Closet the gay club where Lucky works as a dancer and Michelin has gone to celebrate a friends birthday. There's a definite attraction between them and some seriously bad communication so what was almost their first date quickly turns into a parting of the ways until Michelin is outed courtesy of Lucky's greedy co-workers and social media. As a result Lucky gets pulled into a PR plan to save Michelin's career and act as his pretend boyfriend.

In spite of all the disasters and potential disasters both Lucky and Michelin find themselves drawn to each other and increasingly reluctant to deny the attraction that is forming between the two of them. I honestly haven't read a lot of books using the 'pretend boyfriend' trope mostly because in general it doesn't appeal to me. But as with most things if it's done well I can make an exception and for me this was done well.

Initially Michelin was a bit frustrating with his ostrich syndrome behavior which in a way I understood and maybe it did take him longer than it should have to get his head out of the sand but like it or not he had a lot to lose. His career was not a small deal and he'd worked hard to become the success that he was and he basically grew up in a fairly homophobic industry. C & W is not known for it's gay friendly attitude so his fears were not unfounded and yet at the same time he showed moments of incredible sweetness towards Lucky and it was in those moments that Lucky saw the man behind the iconic and charismatic performer and that was the man who won Lucky's heart. The man who was nervous and insecure and who just wanted to be known for his music and not become the face of a cause. It's not until Michelin sees that it's his cause too and one worth fighting for, if he wants a chance with Lucky, that he becomes the person he needs to be and stands up for himself; making Lucky realize that letting the person you love give you the help you need doesn't always have to cost you your pride and that was the compromise that Lucky needed to make so that he could have the man he'd fallen in love with.

One of the best parts of this story for me was that both of these men had amazing mothers. Sue me, I'm a mom I like stories with awesome moms in them. Sadly Michelin's mom passed away when he was younger but it didn't change the fact that she was a good and loving mother and that's a memory worth hanging on to for any child no matter how old they are but Lucky's mom was still around and she was equally as awesome. Dispensing her mom wisdom when needed...words to love by...

"Estupido. It's not about how many words come out of your mouth. It's about what comes from your heart and what actions you back it up with."

One last quick note the other things I really liked about this story were the tweets that started out each chapter, I Ioved that they gave a glimpse of the larger picture that both influenced and was influenced by the actions of Michelin and Lucky, Dogs...that's right there were dogs how can you not like that? Lucky and Michelin together loving on each other. It was sweet and tender and hot and sexy and anything that good couldn't possibly be wrong. Last of all the ending the happiness that Lucky and Michelin ultimately found was not easily gained making the ending all the sweeter.

I'm definitely looking forward to going back and reading the first two books in this series and hopefully I'll get to do that before there's a fourth book...which, I'm hoping there is. Who it might be about I neither know nor care. What I do know is that I love the stories this author tells and I plan on enjoying every one that I can.

A copy of 'All Note Long' was graciously provided by the publisher through Net Galley in exchange for an honest review.