I have waited for Ru's story since the beginning... 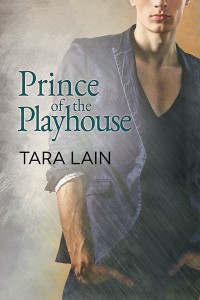 Book one of this series was Shaz and Billy's story but it also introduced us to Ru Maitland designer extraordinaire and best friend to Shaz. So you know he's going to be over the top and he was...delightfully so for me.

One of the best things about this story was that everything was pretty much over the top and I not only expected it to be. I wanted it that way. The author has given me an over the top MC in the person of Ru so if he's over the top and bigger than life and maybe a little unrealistic then I want his story to match him and it did. While Ru isn't quite as flamboyant as Shaz, he can hold his own in the flame throwing department. I loved Ru's wardrobe...sorry I spent a lot of time visualizing what Ru was wearing and designing. And of course keeping in line with his design flare and his general image Ru was also over the top emotionally as well...about some things. Things like Hollywood's leading actor Gray Anson...he had a definite hard-on for this man...pun totally intended. Not really in a cray, cray stalkerish way more of a 'name your top 10 ideal men'...Gray Anson, Gray Anson...Gray Anson way.

Needless to say that it's because of his crush/fixation with Gray that in spite of the fact that he's getting his clothing line ready for Fashion Week in New York for the first time, a seriously important event in any designer's career much less someone just starting out...so of course Ru accepts the offer to be the costume designer for a charity production of  an updated version of Hamlet, set in modern times and he's given carte blanche for his design creativity and the best part the star of the play is none other than...you guessed it...Gray Anson. The very famous, very sexy, very, very deeply closeted Gray Anson, who takes one look at Ru and wants him.

The relationship between Ru and Gray is neither easy nor simple. It's filled with twist and turns and more obstacles than an Olympic Show Jumping event and not just because of Gray's fame, Ru has a past that he can no longer outrun and it's waiting for him just over that next water trap all set to get him soaking wet no matter how hard he tries to avoid it.

There were a lot of interesting secondary characters in this story both old and new, who I really enjoyed. But it was Gray's mom who I loved the most and who for me made everything worth it. For her alone I was happy that I read this book. She was awesome.

Probably the thing I liked the least was the excessive use of endearments such as 'darling' and 'dear', however, if an author is giving me an over the top character such as Shaz or Ru, I need more than the occasional description of their clothing to keep me in that mindset I need things like speech patterns and mannerisms, unique responses to conversations and situations so for the most part even if at times I didn't think it was necessary for other people to be using these endearments when it came to Shaz or Ru to me it felt natural for them.

In short from start to finish this book was over the top just like Ru and just like Gray's career. I admit over the top doesn't always work for me but with this particular story and with these characters it worked, maybe because in a way I was expecting it and probably would have been disappointed if I'd gotten less or maybe just because I love Ru and I wanted to love his story. Another character, another time a lot of this might not have worked as well as it did this time, but this was Ru's story and for him it felt right from start to finish.