Things are heating up in the kitchen...again... 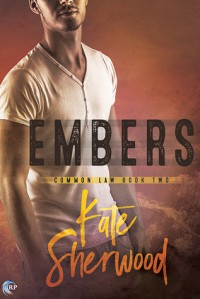 Things are definitely heating up between Jericho and Wade and we were back in the kitchen again. Apparently these boys like to cook more than dinner ;)

I'm really, really loving this series. In 'Long Shadows' we watched as Jericho Crewe came back to Mosley to look after what he thought was a seriously injured father and it turned out it was a seriously dead father and now he's still there and this time it looks like there's a gang war brewing and once again Jericho isn't sure where he fits into all this much less what role Wade plays in things.

Ironically Jericho's intentions are good but he's definitely creating stress between himself and Kayla, his boss; his use to be lover and  friend, Wade; the DEA, possibly one of the local motorcycle clubs, his 'step-mom, Nikki and I think he's pretty sure that his half brother & sister are in fact the spawn of...oh, no wait, that's me who's sure of that...anyways, you get the picture right...the road to hell is paved with good intentions and Jericho's on it.

Add to all that the fact that Wade...the man Jericho's suppose to stay away from or at least he was apparently now the DEA want's him to make nice with Wade but the issue is that...Jericho want's to make nicer with Wade than even he thinks is a good idea.

So while this one still doesn't get 5 stars from me it's definitely getting 4.5 steamy, give me more, right now!!! stars. 'Dark Horse' was my first venture in reading this author and all I can say is it was good and I enjoyed it but with this one Ms Sherwood is definitely hitting her stride and I'm loving it.

Seriously this is good stuff right here. My only and biggest complaint is that I now have to wait until March for the next book, thankfully it's early March because I really wanted it yesterday.

An ARC of 'Embers' was graciously provided by the publisher via Net Galley in exchange for an honest review.