What a way to finish! 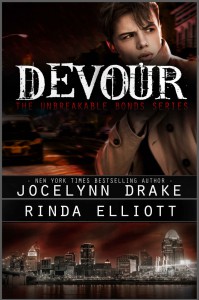 'Shiver' gave us Lucas and Andrei

'Shatter' gave us Snow and Jude

'Torch' gave us Rowe and Noah

and now with release of 'Devour' finally we get 'Ian and Hollis' the final pairing and the final story in this unique group of men.

I started this adventure with my BR besties, Christelle and Josy and along the way we've happily had Ariana and Simone join in whenever they could. It's been a blast ladies and I honestly wouldn't have wanted to do this without you all. I know we still have the side stories and the spin-off series, Ward Investigations. But for these four men, the original group it's the end and what a hella' amazing ending it was.

Throughout this series we've spend time with all of these men. We've seen them at their best and their worst. We've laughed, cried and raged with them. We mourned when Rowe's beautiful wife, Mel was taken from him. We've all shared a solid hatred of the man known as Jagger. Many faces have been put to the eight men in this series but, and I admit I may have missed it, no one has put a face to the man we all hate...until now. It was during this final story that I was totally slapped in the face with who this man's physical description brought to my mind and I cast Armande Asante into the role for our buddy read... 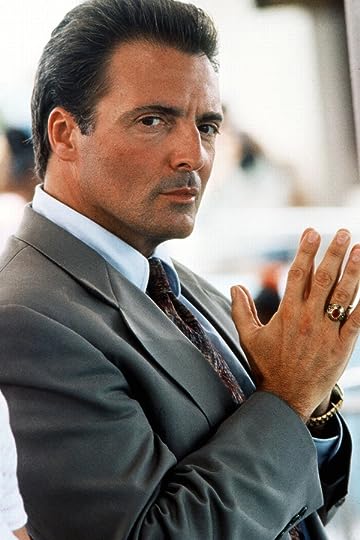 I just felt it was only fair that we have a visual representation of someone who was so universally despised...RIP Jagger...we will miss you...NOT!!!

I could give a really long list of things I liked about this book or I could just be short, concise and to the point...EVERYTHING! I loved it all from start to finish this book just did it for me. We got to spend time with all 8 of these amazing men and it made sense they're family. They take care of each other and when one of them is in danger the others are there to protect him and in this case the threat was towards the group.

While everyone was in this story, 'Devour' was Ian's time to shine. It was the story that allowed Ian and Hollis to become a couple and equally as important it was Ian's chance to face his demons and put his past to rest. A past that left him troubled and filled with very real fears for his future and whether or not he would have one because his past was still out there stalking him and his friends in the form of Boris Jagger.

As this group of men continue their cat and mouse game with Jagger, Ian and Hollis get to know each other better and yes, I do mean this in every sense of the word including biblical and can I just add here...damn, these men are hot...smokin', sexy, fan myself hot!!! But best of all is the love and respect that Hollis has for Ian as he slowly discovers all that he has endured. I loved that he saw the strength in Ian. Not because he was a fighter but because he was a survivor. What Ian endured would have easily taken down a lesser man.

And on a closing note the ending of this book was superb...yeah, lets go with that one. I loved it. It was happy and I may have had a tear or two in my eye at one point but they were equal parts happy and sad.

I can't wait for the spin-off series. Hopefully there will be more of these amazing men and a whole bunch of new ones for us to get to know and enjoy...let the buddy reads live on.