Well I didn't see that coming... 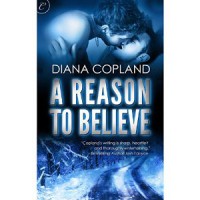 I've had this one on my radar for ages and I have to admit I've put it off for a while now mostly because the murder victim in this one is a young child and I admit it, not a fan. I have child of my own and yes, he's now an adult in his 30s but he was young once. Just like the child in this story so mostly my heartstrings weren't up to being tugged on that hard but for whatever reason I decided I was going to bite the bullet on this one and I was honestly surprised with how much I liked this.

I think a big reason that this worked for me and didn't bother me the way I had thought it would was because the actual murder didn't occur on page and we are only fed details in small amounts throughout the book and none of it ever felt excessively graphic...truthfully the part that was the biggest sucker punch for me was the name of the child's mother...you see her name was Karen...yeah, that one made me gasp a little but the woman had to have a name right?

I've always been a fan of msytery/thriller stories and this one was awesome. I thoroughly enjoyed it but add in a solid romance and I was in story heaven. I really enjoyed the balance between mystery and romance in this story and loved how well it all worked.

Matthew Bennett is a detective and he doesn't believe in ghost until the spirit of the murdered little girl he's sent to investigate shows him where to find her body...well, needless to say Matt's not so sure that ghost don't exist and when is best friend drags him to meet renowned medium Kiernan Fitzpatrick, Matt's world is about to get turned inside out as the two men begin to discover their mutual attraction all while working together to find out who killed the child who's ghost is haunting their every step and why?

While Diana Copland isn't a new to me author and I've enjoyed her other books that I've read this one really tops the list for me and once again I got to enjoy a new audio book narrator whose name is Jack LeFleur. I was more than a little impressed with this narrator. I loved his voices they were distinct, emotionally expressive and I cannot tell a lie I loved Kiernan's voice it was perfect with just enough accent to make me think Irish but not leaving me wondering what he saying...yep, Kiernan's voice totally worked for me and overall I was definitely impressed with this narrator and will be keeping an eye out for more audiobooks with his name attached.