I started this series with my awesome cyber child, Josy back on October 13th and because of other books and sometimes even live we managed to drag this out until the end of November and the good news is we loved every minute of it. The bad news...come on now you knew there was going to be some, anyways the bad news is that for now we've run out of books to read but there will be more in the new year because you know one can never have too may dragons.

So gather round dragon babies and we'll talk about things... 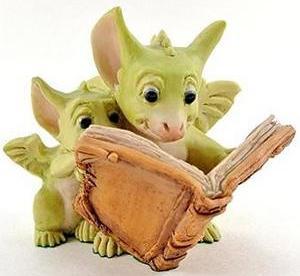 In 'Burn the Sky' we met Prince Garrick, the Heir Presumptive to the throne of Altan and Wytch Master Ilya. Ilya and Garrick meet and fall in love when Ilya is summoned to Altan to teach Prince Garrick how to control his wytch powers after they have been forced to manifest and then in each subsequent book we are introduced to at least one of the MCs for the next book. I love this format in a series. It gives me a touch of the familiar and the new. For me it keeps things interesting.

So here we are at 'Dragonwatch' and we are badk in Altan with Garrick, Ilya and Tristin of Ysdrach, whom we met in Shadowspire when Jaire is taken captive and held captive at the same castle where Tristin has been held captive and drugged for most of his life. When Kian and Ambris (our MCs from Blackfrost book #2) along with Vayne attempt to rescue Jaire, he refuses to leave without Tristin and that's the condensed version of how Tristin came to be at Altan and believe me that's condensed there is a whole lot of good stuff being left out here but that's why you read the books right?

Ok so here we are at Castle Altan and Ilya is now trying to teach Tristin to master his Wytch power which forces him to feel the pain of the past in every object he touches...it's not a fun power to have, in fact it struck me as being incredibly painful both mentally and physically at times.

Prince Mikhyal of Rhiva has no Wytch powers but he is the heir to the throne of Rhiva if his father has any say in it but not if the Wytches council gets their way and can form an alliance with Altan and the other kingdoms of the north and this is how they come to be ambushed on their way to Altan.

and they will bring pain...yep, that's pretty much where the author left us when it comes to the bigger picture of this story and of course we'll get a new pair of MCs whose story will be woven into this epic adventure.

While I don't read a lot of fantasy stories it's not for lack of love for the genre. I'm just really, really fussy about what I read. Don't get me wrong I'm claiming to be any kind of authority on the genre or anything of that nature...it's just me being picky about what appeals to me, what I'll like and what I know I'll want to read but this series with all it's dragony awesomeness just poked and poked at me until I thankfully caved and I knew I was going down the rabbit home on this one so of course I grabbed my cyber child and pulled her down the rabbit hole with me. I think we're both happy that we did this...I know I am and since Josy's already looking forward to the next book as much as me, I'm pretty sure she's good with how this all turned out as well.

For me this one had it all an awesome plot, action, adventure, intrigue, an adorable and smexy romance...and best of all DRAGONS!!! because I love DRAGONS!!! and I'm really, really looking forward to 'Falkrag' book 5 in the Wytch Kings series...it's going to be good...really, really good of this I have no doubt.

So that's my chatter about 'Wytch King's' definitely one of the the best fantasy series that I've read  in quite a while and the subject of yet again another awesome buddy read with my cyber child, Josy.