It's taken my dragon read buddy Josy and I since last August to get to this story but anything worth having is worth the wait or at least it was this time around...

'Falkrag' is the fifth book in Jaye McKenna's 'Wytch Kings series and while I have thoroughly enjoyed the first 4 books this one definitely moved things up a notch. In Falkrag the war with the Wytch's Council is heating up and Prince Shaine, who's only recently been freed from their control is desperate to show his loyalty to his family and friends...to those who would see the Wytch Council's Reign brought to an end. It's this need to prove himself that pushes Shaine to head out looking for a weapon to give his brother and their allies an advantage.

When Shaine gets attacked by a wild Rhyx (think wolf version 2.0) and succumbs to his injuries it's up to Vorri, a Rhyx shifter to save him but Vorri has his own mission to find his brother, sister and the other missing hunters from his pack. But it's not in Vorri to just ignore someone in need of help...someone who's life hangs in the balance.

As Shaine begins to heal he and Vorri get to know each other and a bargain is struck to help each other...a bargain that could mean the success or failure of both their goals.

This one was just so, so good. I loved Shaine and Vorri they were an excellent pairing and I loved how they worked together. From saving lives to trying to find weapons to win a war they worked as a team caring for and helping each other no matter what the cost.

As Vorri and Shaine find success in their separate missions it also becomes clear that their task are woven together and that success for one for one of them will bring success to them both.

'Falkrag' is a pivotal point  for the war against the Wytch Kings and while there's a lot happening that's crucial to the war each story has contained a solid and strong and very enjoyable story about finding love and it's all woven together to create an excellent adventure filled with DRAGONS!!! Sorry but dragons!!! They're like my kryptonite!!! and these dragons are some of the best that I've found in a while.  There's a new alliance forming with a common goal to see the fall of the Wytch Council.

If you love fantasy and enjoy dragons you'll want to check this series our if you haven't already but start at the beginning because you won't want to miss any of this it's all to connected and just way too good.

Hey Josy, thanks for sharing yet another dragon adventure with me. I can't wait until the next one by the way and we hopefully get to see what happens when the dragons and rhyx go to war against the Wytch's Council.. 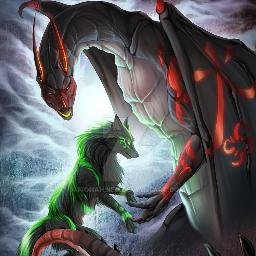