It's been 5 long years and I love you just the same... 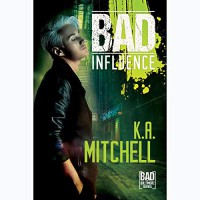 But it has been five since I read this book...5 years and more than a few other books so for me it was almost like listening to a whole new story but ironically I ended up with essentially the same results so I'm going to borrow a bit from my review from 5 years ago and add to that for this audio book review.

Let's start with the story here's what happened 5 years ago...

The first 70% of this book gets 3 stars. While I really did like Silver & Zeb better than the couple in book 3 (Gavin & Jamie) the story felt stilted and I kept reading and reading and in spite of the fact that things were happening it felt like the story was going nowhere and there was no progress being made. Thus resulting in me frequently wandering away to do whatever popped into my head.

Finally the last 30% grabbed me and held my attention so while my rating overall will stay at 3 stars. There is a section of the story that gets a solid 3.5 stars from me. I liked what was happening. The progress being made, Silver and Zeb finding a way back to each other, trying to work things out and...

WHAM, BAM THANK YOU MA'ME!!! Story over...the end. Again, again I get to the part where I'm truly beginning to enjoy things and it's over and so is my 3.5 star read and we remain at 3 stars only now for me it's 3 shakey stars that aren't shining quite as brightly. I'm sorry Ms Mitchell I know it's your story to tell but I needed just a little bit more. I was starting to genuinely care about these two characters as a couple and just when I was really getting into the story it just ends and I'm left feeling like someone kicked my puppy.

and between then and now what's changed...really only a couple of things...

one being that I found Silver to be for the most part a real attitude case but given the life the poor kid's had I'm not sure that I blame him for the attitude and I'm not sure if it's a case of I knew what was coming or listening to it on audio made the difference or maybe a bit of both but the ending was for me a little less abrupt and I wasn't left feeling quite so much like someone had kicked my puppy so that was a little better and also brings us to the subject of the narrator...new to me narrator Scott Drummond.

I liked what I heard. Speaking strictly from the audio point of view this story was solidly narrated and while Mr. Drummond currently only has 7 books to his credit on audible of which this is the only one that interested me...not say that the others are good or interesting, they're just not in my wheel house, however, I can comfortably say that I hope to enjoy more titles narrated by him in the future.

At the end of this it comes down to an increased rating to 3.5 stars from my previous rating of 3 and I feel that for the most part it's because for me this worked a bit better as an audio book than it did when I read it originally...so, I'm going to take that as a win.

An audio book of 'Bad Influence' was graciously provided by the publisher in exchange for an honest review.