You know that friend the one who's just always there when you need them... 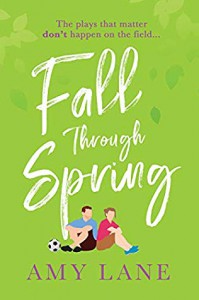 I'm sure we've all met or maybe we are that person..the friend...the quiet, steadfast friend who's there when they're needed. No, they're probably not the person who draws a crowd at parties or comes up with the crazy wild ideas for fun. They may not even get noticed much at events but when everyone else has gone home they're the one who's still there helping you clean up even though they were the one who arrived early to help you set things up for the party to begin with, they're the friend who drives you home after you've had one to many when the gang's out on the town, they make sure you get into your home safely. They're not the star of the party or even your knight in shining armor but they're just like you and I...they're someone who's looking for love...this is Clay Carpenter.

Clay's been here since the beginning and I think most of us saw him as Skipper's best friend and we never really gave him a lot of consideration beyond that. He was nice and dependable and really in the history of romance have there ever been two words more solidly connected to the 'kiss of death' when it comes to love than 'nice & dependable' I think not...that is unless your name's 'Dane Hayes'. Dane's done hot, attractive, sexy, exciting, yadda, yadda, yadda...he knows what those words mean or at least he knows what those words mean for him. For Dane they mean 'sh*t's getting real, so it's been nice and I'm outta' here. Dane's bipolar so sometimes his world goes sideways really fast and the only thing he's ever been able to depend on is his family...his parents and his brother Mason. He's accepted this. But Dane's like Clay...they can say what they want but the truth is their hearts want someone to love, someone to call their own.

I loved Skipper and Ritchie and Mason and Terry were truly adorable but I felt a connection to Clay and Dane that I just didn't with the others. Clay may be the silent, dependable, steadfast friend but that's not all that he is and Dane sees that... Dane truly sees him. He sees all that's good and honorable about Clay but he also sees his faults and insecurities right along with what makes Clay one incredibly sexy and attractive man in his eyes...he sees Clay the real Clay and Clay does the same for Dane. Their relationship is grounded in a love and appreciation of the whole person flaws and all and as the story unfolds we are shown this on more than one occasion.

Most of Clay and Dane's story runs parallel to that of Mason and Terry so there's definite overlap but we've given different perspectives of a lot of events and while some things may have seemed familiar I never found that anything felt repetitive or boring. However, I would have probably liked it more if there'd been a bit of post-getting back-together Mason and Terry shared with us...but truly it wasn't their story so that's me being greedy...again.

I loved how Clay and Dane fit together...it was neither seamless, nor effortless but it was real and worked at, so hard by both of these men. It as a happy ending that was very much deserved. I don't know if there's more in store for us from the lives of these men but if there is I'll certainly be happy to find out what comes next.

An ARC of 'Fall Through Spring' was graciously provided by the publisher in exchange for an honest review.