I give up...I keep thinking this series can't possibly get better and then... 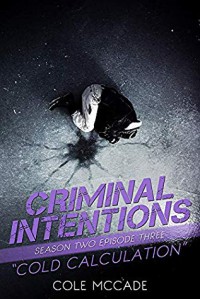 I read the next book only to discover that I'm wrong again...

For me the challenge is quickly becoming the fact that once I've read the next book what do I say? What words do I use to explain how amazing this series is. If we count last season we're 17 stories into this series and it's not loosing steam, slowing down or becoming less interesting. In fact if anything with each story I become less patient with waiting for the next episode because damn...there's a serial killer on the loose and honestly if it was only that simple, than maybe I could be a bit more patient but it's not there's more so very much more.

This episode ended with more than a few unanswered questions about the crime that needs to be solved but also we're left with Mal and Seong-Jae in the midst of a relationship crisis...Mal's worried that they've been here before and Seong-Jae's desperately trying to convince himself that his past isn't once again colliding with the events of the present and that maybe this time it's going to destroy his future with Mal.

Like so many others my heart was breaking for Mal as he struggled to not just be what Seong-Jae needed, but to discern what it was that his lover did need. All while giving him the two things that he knew for sure...space and love (Seong-Jae may not want to say the word but Mal's not shy about it). I admit given Seong-Jae a cuff upside the head and telling him to get his sh*t together held some definite appeal for me, I also understood that Seong-Jae needed to process things because if what he believes to be true is...well then...it's going to change things...so many things.

But it's not just Mal and Seong-Jae who are left in a state of uncertainty. We're left with so many questions about Sade and Min Tze. As always we can be certain that both Sila and our mysterious serial killer are putting plans into motion that are in no ones best interest except their own. There's something going on with Anjulie and things seem to be changing with her and Gabrielle along with some other minor curiosities. This season is quickly ramping up to be even better than season one and that's no small task as far as I'm concerned.

While I don't want every series that I read to be as busy as this one. Sometimes it is nice to read something that makes a reader exercise their logic and deductive reasoning skills as well as just a bit of straight up memory work to keep up with things and 'Criminal Intentions' does this in spades.

I'm just going to take a step outside of the story to mention something that I have really come to appreciate in general about this series and that's the diversity of the characters ...and by that I don't just mean the fact that not everyone is a 'WASP' (White Angelo Saxon Protestant, for those who are unfamiliar with the term). The fact that this story is filled with a diversity of people in terms of gender, ethnicity, sexual orientation, personality types and probably a few more things that I should be listing here makes stepping into the world of 'Criminal Intentions' in some ways feels like stepping out my front door and into the real world...I don't know who I'm going to meet when I do, I just know that no two people are going to be the same and some of them...I maybe never want to meet...I'm not talking about Sila really...I'm no...damn straight I'm talking about Sila and a few others.

As much as I can't help but wish for the next book...ok, maybe it's the one after the next book since I'm playing catch up here and I'm actually going to be writing my review for episode #4 as soon as I'm done here...anyways, as much as I don't enjoy waiting when I'm left as close to the cliffs edge as I am now. I know that it's going to be worth it when that next episode is released. So, I'm off to get myself all caught up and ready to go for whatever comes next and seriously my fellow bookaholics...'Criminal Intentions' it's a thing and it's seriously HOT!!!! I definitely recommend checking it out.

An ARC of 'Criminal Intentions: Cold Calculations' was graciously provided by the author in exchange for an honest review.