Second time around for "Second Chance"...turned out to be even better... 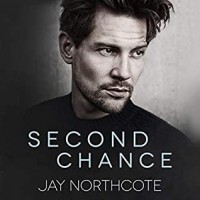 Second time around for "Second Chance"...turned out to be even better...

"Second Chance" is another of those stories that I read earlier this year and loved. So when I got a second chance to enjoy this one on audio...what else could I do but say yes.

If I loved this one the first time around, I'm not even sure what word to use for this second chance with a story that holds a special place in my heart. I have to admit I really wanted to come up with a whole lot of new and creative ways to express my appreciation for this story, but truth be told I listened to the audio book, I re-read my original review and my brain stuttered to a screeching halt as realized two things... 1 that I enjoyed the audio book just a tiny bit more than I had the e-book and that adds up to a whole lot of 'loved this story' right there and 2, I still love this story for all the reasons that I originally loved this story. So, yes I'm going to borrow some things from that review to help me create this one.

This book had me not just from the beginning but from the first word of the title..."Second Chance"...we all want them, need them and mostly we deserve them and that's what this story is about...second chances for so many people but mostly for Nate and Jack.

At 45 years of age and after a plethora life events, childhood friends, Nate and Jack are reunited. (Ok, let's hear it for mature MCs who can have a relationship with someone their own age) It's not that I'm opposed to age gaps or daddy kink more like sometimes I just need a break from it...anyways, these are mature men who have been through a lot...good and bad and now they've each come home for their own reasons and dealing with the problems of the present brings them both face to face with memories of the past...both the good and the bad.

Jack's dealing with a break-up that led to a downward spiral into depression and addiction but with the help of his parents and a lot of determination he wants to change that and regain control of his life.

As Nate and Jack become reacquainted against the backdrop of everyday life the reader gets to know these two men not just through their efforts to reclaim their lives but through the people they love as Nate's daughter Cass deals with her own efforts to put her life back on track, Nate's mom who not only has a second chance with her granddaughter but her son and Jack's parents who as they try in their own way to repair their fragile relationship with Jack.

While these are some of the second chances that happen in this story not everything is perfect and each chance has it's own solution and degree of positive outcome which went a long way towards making this story work for me.

Of all these second chances for me the most important one was Nate's...this is Nate's chance not just with Jack, but to live his life as Nate the man, he was meant to be.

'Second Chance' is a story that's told from a realistic perspective. It's doesn't come with over the top magical solutions. It's two men dealing with what life has thrown at them...one gay, one gay and transgender...both seeming very real.  The story feels real...there's passion and humor, awkward moments, interruptions and even moments of frustration...yes, folks it's just like real life.

Hamish Long's is once again the narrator for this Jay Northcote story and for me, his narration has only helped to enhance the depth of reality that this story contained and when it comes to stories set in the UK, he's fast becoming a favorite narrator of mine.

In spite of the fact that each story is unique, we can often see bits and pieces of ourselves or someone we know in a story and it's that commonality that frequently draws us in and lets us relate to what we read. For me, "Second Chance" held small pieces of a story that while it's not mine, it is that of someone so very precious to me. Whose story I know nearly as well as my own and it was these pieces that connected me to this story and kept me listening and wanting to hear it all.

An audio book of "Second Chance' was graciously provided by the author in exchange for an honest review.