It's Cameron Dane, cowboys, friends to lovers, how could it not be an excellent read... 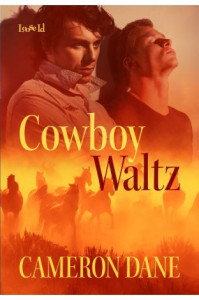 Well it wasn't so if you're interested grab a drink, pull up a chair and I'll see if I can explain this.

I think I realized I was in trouble when it dawned on me that not only was I in awe of the stamina exhibited by these two men,

but bunnies the world over would be demoralized to hear this tale.

I knew we were heading down a slippery slope when I found myself wondering if these two men had ever heard of a thing called the quickie (hey, try not to judge me too harshly there is much to be said for a quickie every now and then). If the abundance of sex had been the only issue I had I probably would have enjoyed this story at least 3 stars worth. In one respect my feelings in regards to sex scenes in a book are the same as violence. If it furthers the story and is integral to what is happening, to a scene, if it in some way enhances what is going on I have no problem with it. If it's sex for the sake of sex or violence for the sake of violence then I'm just not interested it does not improve my reading experience (having said that, however, if we're going for gratuitous then yes please I'll take sex over violence).

My bigger problem was I just didn't like Jed. Part way through I wanted him to get his head out of his ass so I could kick it and the feeling just never went away. He was self absorbed and held some of the best damned pity parties I personally have ever attended. More than once I wanted Booker (Colt) to move on, he seemed like a really sweet guy and I wanted someone better for him than a guy who played the best game of "Come here, come here...no get away, get away" that I have ever encountered,

I mean really? Jed you're the one who keeps running away from Colt and your big worry is that he'll leave you? Really, just WTF? Stop projecting ok?

The sad thing is I think if Jed's issues hadn't gotten so belaboured I might have felt differently about him, but they were and well to be honest I just got tired of it and wanted him to put his big boy pants on and get on with his life.  The other sad thing was that for me one of the best parts of the book was when some of the characters from Ms Dane's Hawkin's Brothers series were mentioned, no they weren't actually in the story they just got their names mentioned and that made me smile (I'm not normally this pathetic truly I'm not).

This was my 21st Cameron Dane book and honestly it was the first one that I think I should have taken a pass on. What does this mean for me? It means that Ms Dane still has a hell of a good batting average in my books and it means that she has two new stories coming out this year that I will still be waiting for and looking forward too.